in Blog
My good friend, Mama Brique, is back from Kenya after a whirlwind tour and press frenzy, to see how things are progressing in reclaiming the Virginia M Buena Childrens Centre in the slums of Nakuru from the tyrant, Philip Ndeta. I’ve included that link but am hoping, after reporting his profile to LinkedIn that it won’t be active for much longer.

AVIF had dealings with Ndeta in 2006, after volunteers staying at the centre highlighted the management problems, albethem small. We had no idea of their real plans at the time.

Brique is Director of LLK, a german purely voluntary organisation whose vast achievements include raising over EU380,000 from wellwishers and friends to construct a home for more than 500 children in Nakuru’s Mwariki estate.

Ndeta was given charge of the Centre but went on to register it secretly in his own name, evict the majority of children there and take it over. Unfortunately he has many contacts after trying and failing to run for office in the local elections, he put out an order prohibiting Brique to enter the premises, which are named in momory of her own Mother. When she arrived to take photos of the centre, Ndeta’s “forces” tried to lock the entire party inside .. press and all??

The 2 year fight continues despite apologies from Vice President Moody Awori and the Director of Children Services. Ndeta still dismisses the accusations as “lies”, saying he “built the centre himself”.

All is not lost, however, as while Ndeta struggles to keep the ruined centre intact, LLK have reallocated almost all the children into another school with full feeding programs and regular support to make life easier for all those enrolled. We commend LLK and friends for all that they are doing during these difficult times and wish them well in their endeavours. With Brique’s passion and spirit they’re all in good hands. 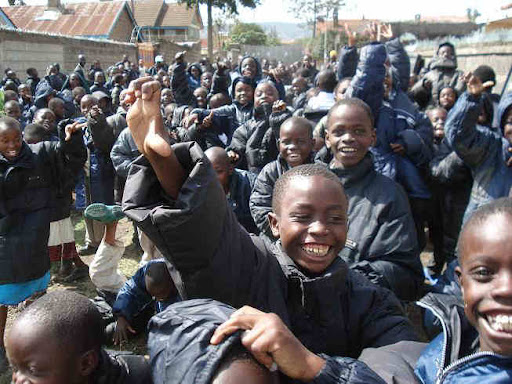